A Midsummer Dream in Midtown Manhattan

New York City’s Midtown, in the heart of summer, is a tourist festival, a bustling rush of humanity from all ends of the continent. While every resident New Yorker is fleeing the heat and bustle of the city for Long Island’s beaches and lands afar—any lands, often—Midtown comes alive with an incredibly vivid press of American tourism. 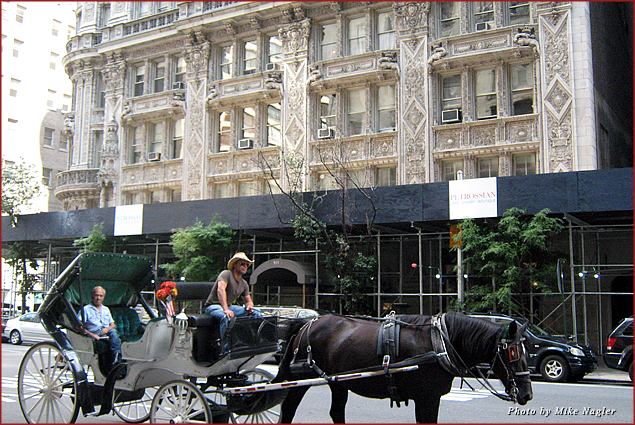 That’s not, for many of us, a selling point. But since we had business in the city (the terrific Amacom publishing, on Broadway at 48th, is publishing my new book), we by chance we ended up staying just around the corner at The Time hotel. We’re not ones to migrate toward bustling places, so it had never occurred to us to stay in Midtown, but we found it to be a terrific place to navigate a four-day trek through the city. 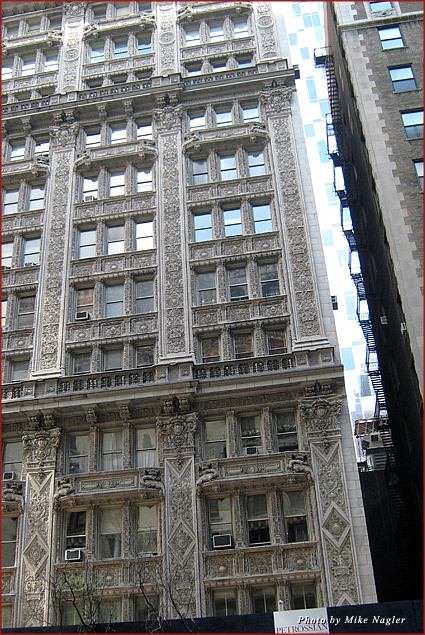 We usually cab it into the city from JFK, but this time, in the middle of rush hour, we decided to try the Airtrainand the linking subway stop at Jamaica. For $7.25 apiece, we got dropped off a block from our hotel. Cab fare saved is cocktail cash added, and already Midtown was proving its affordable point.

The Time is a hipster spot with a modern, upscale flair at reasonable, easy-on-the-pocketbook prices ($718 for four nights plus $119 in taxes through Bookings.com. The front desk staff at The Time and Bookings.com folks said tax was included, but it wasn’t, so be prepared to pay tax on top of the quoted rates.) The rooms are well-designed, clean, with nice accents (lots of reds), and our ninth-floor room had big windows looking out at an angle to 49th Street—which made us feel like we were in our own city apartment.

Stepping outside The Time dropped us right in the middle of the tourist crush, but with a step onto 8th Avenue (instead of Broadway) we could walk easily with plenty of open sidewalk. We very quickly figured out one important thing: if we’re not going to a show, it’s best to wait until after 8 pm to go to dinner. Once everyone’s inside, Midtown’s streets calm down measurably, and it becomes much more navigation-friendly. We could then take in Times Square at a brisk pace, and enjoy Broadway’s early evening light show. It’s like no place else, and it touts, “You’re in New York now!”—which for us is always a thrill.

Cabbing down to SoHo the next day, we wandered the streets, taking in shops, stores and the general mise en scene of the old art-birthing neighborhood. Now packed with shoppers, the stores of ultra-hip commodities don’t easily reveal what this neighborhood once was in the 70s, but we knew, and we felt it. Looking up on any side street, we felt the ghosts of artists moving in, splattering, carving, silk-screening, stretching and painting canvasses. We missed and longed for the old Guggenheim, across from which my husband once spotted Philip Glass leaning against a wall, listening to the city sounds, and — we believed — composing.

Since this was a business trip (and therefore budget-conscious), I put my husband in charge of finding hip-but-not-too-pricey eateries for us. We like to dine, and we like a hip gourmet vibe, and New York—God bless it—offers everything we needed to taste urban chic without overdoing it financially.

First up was Blue Smoke, a casual chic restaurant with a focus on ribs and smoked meats—barbeque-style—a delectable spot for us carnivores. I ordered Kansas City Spare Ribs, baked and grilled with a spicy, sweet, honeyed, picante-style sauce that was reminiscent of my mother’s spare ribs glazed with honey, vinegar and tomato sauce. Delicious. My husband had the beef brisket with mashed potatoes and crispy onions—rich, hearty and heartwarming. Cocktails were generous, the service was friendly and quick, and the lively crowd made us love being in New York. All of their baked goods are homemade, so if you love pecan pie, don’t miss it here. (Cocktails, dinner and tip were about $85).

Next day, lunch was at Minetta Tavern in the Village, a famous hangout for writers, actors, musicians, poets, and artists. We sat at the long bar and had one of the best simple meals I think I’ve ever had—latkes topped with poached eggs, smoked salmon, and dill hollandaise. The bartender makes an amazing Bloody Mary—there are five different versions—that’s not to be missed. If you don’t like Bloody Marys, spring for a $35-a-shot bourbon called Pappy van Winkle or any one of the amazing bourbons they carry. ($45 for one shared meal and two drinks). 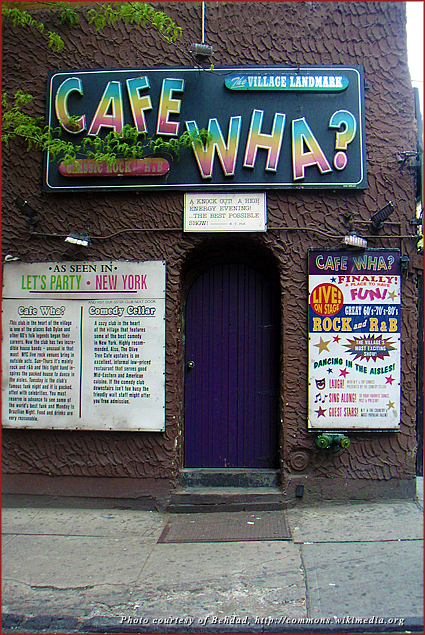 Walking up the block, we took in Café Wha?—the hole-in-the-wall where Dylan, Richie Havens, and numerous others got their folk-singing starts. It was an inspiration just to stand there and read the list of artists who once played the club.

An easy walk to 53rd street from our hotel took us right to our favorite museum—MOMA—and we ventured in, doing what we always do – starting from the top floor and working our way down. Oddly enough, this time (end of July), our favorite painters were thinly showing—a Rothko here, a Still there, a Pollack over there. (Every time I go I run right to the Rothko, Motherwell, and Still rooms, but this time the painters were underrepresented and their usual rooms usurped). Monet’s Water Lilies were spectacular as always, as were many of the old standards including Picasso (0ne of my favorite sculptors), Modigliani, Chagall, Matisse, Brancusi, Moore, and many more—they never fail to thrill in person—but my favorites this time were two paired abstract pieces in the foyer on the ground floor by Joan Mitchell. The “Century of the Child” exhibit was a bit ho-hum for me, though it’s hard not to appreciate the effort put into it.

Even better than the exhibit was lunch in the downstairs café. A fresh organic tomato and herb soup was just the ticket after marching around on flat sandals, and a gratin of pureed fresh peas with cream, baked in a ramekin and packed atop caramelized onions then topped with crispy bread crumbs, was truly thrilling.

Donning our “good clothes,” we tromped off to Central Synagogue on 55th and Lexington for a Friday-night service. The rabbi who married us is in residence there, and though he was on vacation, we got an amazing docent tour of the Moorish temple after the service. Rebuilt more than a decade ago after a fire, the building has been lovingly restored, right down to the gilt and vivid-colored detail on wood beams. The place is lovely, and if you’re so inclined, the service will uplift as well. The synagogue has the only Korean-Jewish cantor in the country, Angela Warnick-Buchdahl, and her lilting soprano will settle your soul like nothing else.

Dinner for the next two nights was all about Mario. We are unabashed Batali fans, and having dined at the luxurious Del Posto and at Otto Enoteca Pizzeria in the Village on our last visit, we were dying to try another. This time we ate at Lupa, a neighborhood trattoria that gave us the great, warm feeling of just-discovered eateries in San Francisco. In New York, like San Francisco, neighborhood is everything. We traverse from area to area to find a specific vibe—a subculture of neighborhood hidden treasures—and Lupa fit the bill perfectly.

I was completely prepared to have the fluke with clams and pickled ramps, but the people at the table next to us raved about the pasta, so I indulged in a simple spaghetti aglio e olio con pomodoro and a heavenly plate of broccoli rabe with lemon verbena. Lupa has marvelous smoked meats—it’s all about the salumi—and we had a wonderful coppa cotta. Everything is priced so reasonably ($15-26), and the place felt just like home. 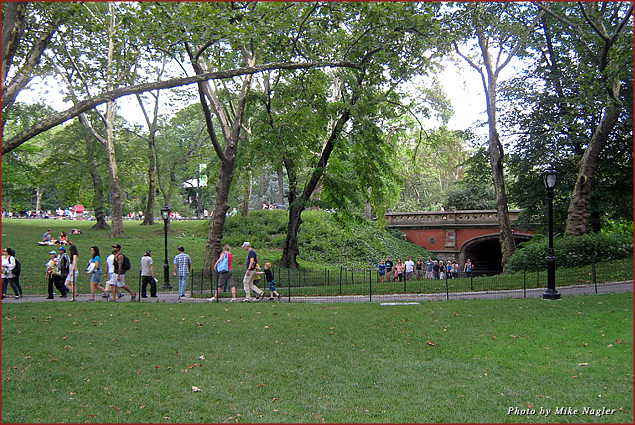 The next day, after walking the park, taking in the Upper East Side architecture, wandering down from the Met, and shopping along 6th Avenue, we headed back to Otto—our favorite upscale pizza and pasta spot when we’re in town. With the prosciutto arugula pizza ordered and a chopped salad on the way, we were a bit stunned to find that our waiter refused us butter for bread, versus olive oil, saying they “kept no butter in the house”—a pretension of “authentic” Italian-ism that was hilarious at best, given that of-course-there-is-butter in his desserts and pastas. It’s the small price we pay for patronizing all that gourmet glam, and the food was, as usual, terrific. (Pizzas are $9-15, pastas $10.) 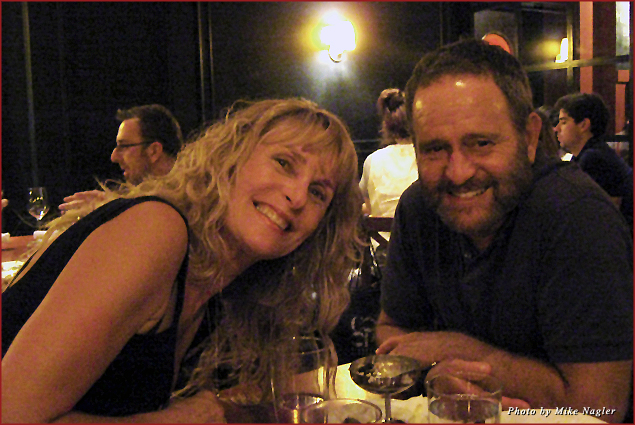 On an early morning—8:30 am seems early in New York—I cabbed down to SoHo and took a class at Tara Stiles yoga studio, Strala Yoga. In a big, cavernous, plain room with fabulous windows and old-school charm, about eight of us practiced with the sun streaming through the windows, and the light, easy pose-instruction of our teacher’s no-Sanskrit, easy-on-the-body style. As a yoga teacher myself, it was a pleasure to take someone else’s class—akin to having someone cook for me when I’m used to doing all the cooking. Walking through the early morning SoHo after class, with none of the bustle of summer shoppers, I could really take in the architecture—high-ceilinged, huge-windowed, beautifully crafted old buildings that make up the entire neighborhood. On the subway back to Midtown, I said a little prayer of thanks for all the gifts of this city.

Later, Serafina’s on the ground floor of our hotel was just right for a mid-morning meal. Serafina’s has been a favorite of mine for wood-oven pizza and pasta when visiting friends on the Upper East Side, and it was still just as good. A business lunch at La Masseria around the corner was lovely—old-country charm and a goat-cheese salad with a huge serving of encrusted goat cheese, and a beautiful, simple spaghetti with tomato sauce and herbs.

Walking up Madison Avenue, we had to stop into E.A.T.—my absolute favorite upscale deli—full of very good taste I can imagine. With a raspberry fizz drink, a whitefish sandwich on homemade nut bread, a plate of potato pancakes with a delish applesauce, and their to-die-for breads (with butter, thank you), we were delighted. 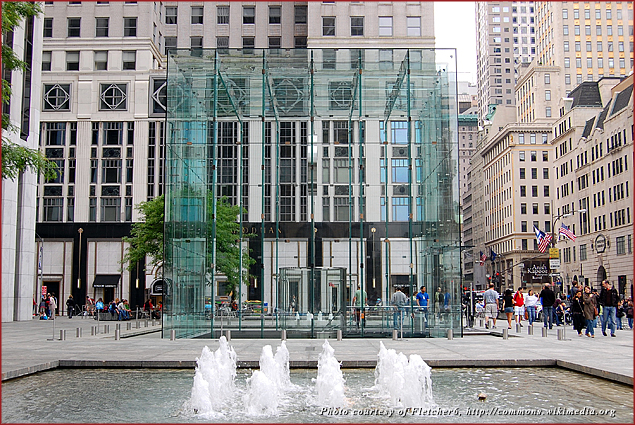 Getting caught in the rain in warm-weather midsummer New York is an experience that’s rarely replicated on the West Coast. The humidity builds up, the sky clouds over and—boom!—there’s a rainstorm. The huge, glass-box Apple Store on 5th Avenue—a shrine to the technology goddess if I’ve ever seen one—became shelter to hundreds as soon as it poured. (It’s eerie how much like a temple the place is.) 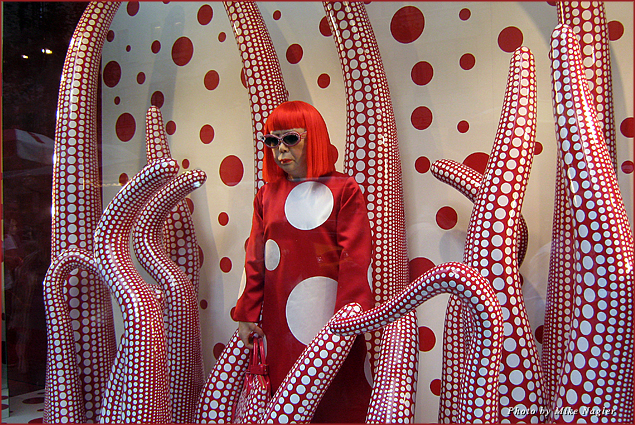 Walking back to Midtown after the downpour, we stopped at the Louis Vuitton store to see Yayoi Kusama’s performance art—she stands stock-still in the window display among her art installation: constructed tentacles splashed with red polka dots. It’s otherworldly and compelling to stand and watch her stare, part of the window-display and barely blinking. 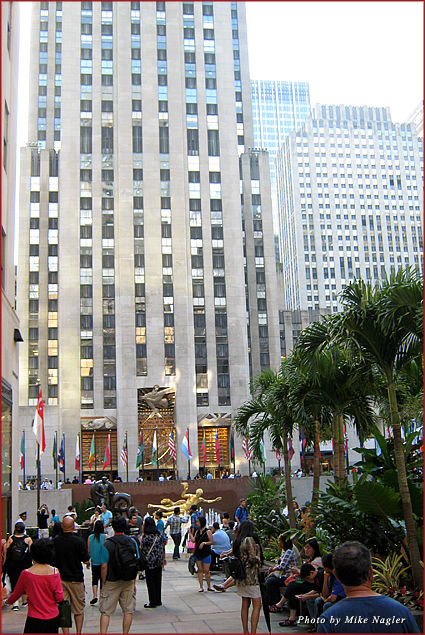 Our walking took us to St. Patrick’s Cathedral, Grand Central Station, Beekman Place, the United Nations building, Rockefeller Center, the East River, through the park, and to my husband’s dad’s old neighborhood on the Upper West Side. And Midtown was like a little oasis between it all: walking distance from much, and easily accessible to everything else.

In four days we’d seen art, architecture, performance, yoga, shops, neighborhoods and had eaten amazingly, amazingly well. Out hats are off to New York’s Midtown. It was a midsummer night’s dream—and we enjoyed every waking moment. 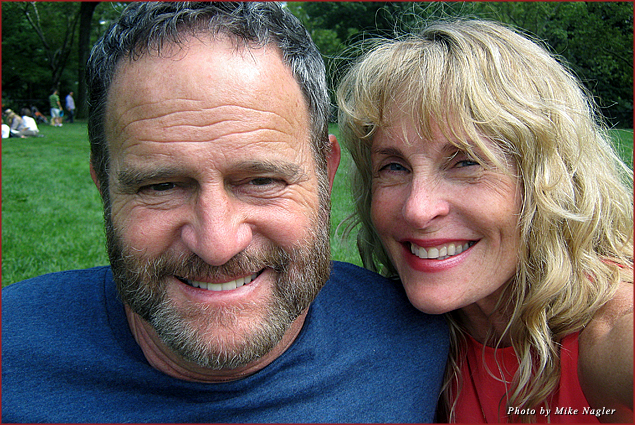 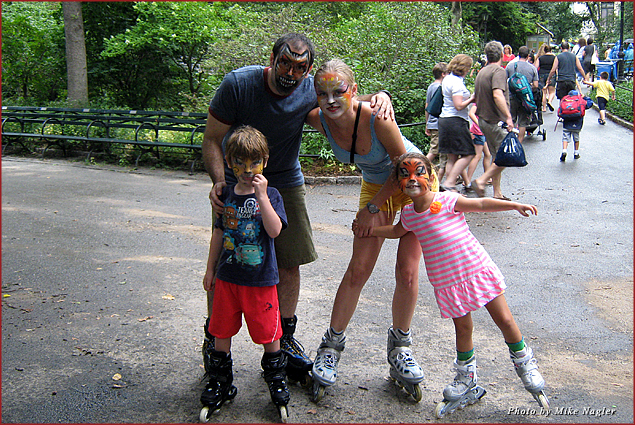 The Art Enclaves of Northern Spain

Nepal: Solo in the Himalayas